VACE Partners is composed by a team of investment bankers with unparalleled experience in international markets, Latin America and Mexico with most of its members having worked for several years in bulge bracket investment banks like Salomon Brothers, Salomon Smith Barney, Citigroup and Deutsche Bank.

VACE team members have executed many landmark M&A transactions undertaken by Mexican companies inside and outside Mexico, as well as of multinational companies in Mexico.

Programming and Design by Miranda Partners

Carlos Vara is one of the founding partners at VACE Partners. Carlos has over 25 years of investment banking experience. Mr. Vara currently serves on the Board of Directors of relevant Mexican companies such as Grupo Gigante, José Cuervo, Genomma Lab, Hoteles Presidente, and FHipo. He also serves as member of the Finance Committee of Grupo Gigante and as President of the Development Committee of Hoteles Presidente. Previously, he also served as a member of both Aeromexico’s Board of Directors and Finance Committee.

In terms of Debt Capital Markets, some of the most relevant transactions that Carlos participated in were: the first ever perpetual bond offering issued by a Mexican company (Pemex, 2004), the first ever guaranteed bond for a Mexican company (Vitro, 2003), and the first ever 30-year issuance for a non-investment company (Southern Copper Corporation), among others. In addition, Carlos has brought a series of new Mexican names for their first debt issuance to the markets such as Cuervo, Xignux, CIE, Posadas, Prenda Facil, and others. He also played a key role in the Debt Restructuring of DESC, Grupo Gigante, and TFM.

Before founding VACE Partnes, Carlos worked for 9 years at Citigroup as head of the Mexico and Latin America Investment Banking team. Previously, from 1996 to 2000, he worked for McKinsey as a consultant in several offices, including Mexico City, Caracas, Lisbon, Madrid, and New York. While working with McKinsey, Carlos advised the BMV on the conversion to an electronic trading platform and on the creation of MexDer.

Ricardo Cervera is one of the founding partners at VACE Partners. Prior to founding VACE, Ricardo worked for over 9 years at Salomon Brothers, Salomon Smith Barney and Citigroup. Overall, Mr. Cervera has over 20 years of Investment Banking experience.

Ricardo joined the Investment Banking Division of Salomon Brothers (which became Salomon Smith Barney) in 1999 as an associate. He spent seven years in New York in the Global Power Group, covering US, European and Latin American power companies. Mr. Cervera was transferred to Citigroup’s Mexico Investment Banking Office as a Director in 2006, with coverage responsibilities in the power, energy, infrastructure, consumer, retail, industrial and other sectors. Upon arriving to Mexico, he led the privatization of the first Toll-Roads from FARAC worth over US$4 billion; one of the largest privatizations ever in this sector worldwide and winner of Project Finance Latam Deal of the Year in 2008. Ricardo was Head of Citigroup’s Investment Banking office in Mexico during 2007 and 2008.

Ricardo has participated in multiple capital markets transactions, raising over US$50 billion in proceeds, including transactions for US multi-billion dollar companies, such as FirstEnergy’s US$1 billion equity offering and ConEdison’s US$500 million debt offering. He has also helped Mexican companies raise capital in transactions such as the IPO for Cuervo for $915 million, a bond offering for Office Depot ($400 million) and an FRN issuance for America Movil ($500 million). Ricardo led VACE’s effort in the $5,500 million pesos debt structuring of OHL’s Viaducto Bicentenario, which was awarded Project Finance Latam IPP Deal of the Year in 2010.

Mr. Cervera has extensive experience in M&A, having led the execution of multiple landmark deals in the US, Europe, Mexico and South America, including the acquisition of power generation assets from FPL, the advisory to Aquila on its proxy contest to acquire control of Quanta Services’ Board of Directors, the sale of Elektra Noreste in Panama, the acquisition of Transportadora de Electricidad in Bolivia, the ownership restructuring of Light in Brazil and the sale of Grupo Gigante in Mexico.

Ricardo currently serves on the Board of Directors of José Cuervo (BMV: CUERVO) and as member of its Audit Committee, Procorp SAB de CV (BMV: PROCORPB), Yale School of Management Mexico Board, Maven Global (UK), Samba Smoothie, on the Technical Committee of Fondo Capital Infraestructura (BMV: FCICK16), and as a Founding Shareholder and Board Member of Concentradora Hipotecaria (BMV: FHIPO).

Philanthropically, Ricardo is the Founder and Chairman of the Board of Fundacion VACE, A.C., Trustee and Treasurer of Conexiones para Aprender A.C., and Trustee of Mingei International Museum in California.

Ricardo graduated with High Honors, in the top 1% of his class, with a B.A. in Economics from the Instituto Tecnológico Autónomo de México (ITAM) and received an M.B.A. from Yale University. In 1998, Ricardo received Mexico’s National Award in Economic Research presented by BANAMEX.

Ricardo lives in Mexico and California with his wife Lilian and their 5 children.

Jorge Torres is partner and director at VACE Partners. He has over 10 years of investment banking experience. He joined VACE Partners in 2013 and has been involved in most of the transactions that have been executed at VACE Partners almost since its inception (VACE Partners was founded in 2009),including buy-side and sell-side M&A transactions, public and private debt and equity offerings, debt restructurings, project finance, infrastructure projects, concessions, and public biddings.

He has participated in the origination and execution of multiple transactions in diverse industries such as infrastructure, financial institutions, consumer goods, industrial conglomerates, retail, spirits, manufacturing, healthcare, energy, real estate, among others.

One of his landmark transactions are: execution of José Cuervo’s IPO, the largest IPO in the Mexican market and the largest IPO in the spirits industry in over 40 years, debt restructuring advisory to Grupo Gigante and the State of Sonora, sale advisory to Cuervo in the acquisition of Three Olives and Bushmills and in the sale of Tequila Don Julio and Cholula Hot Sauce, execution of Red Troncal’s public bidding process, among others.

Before joining VACE, Jorge worked at Citibanamex Corporate Banking, where he covered financial and credit analysis.

Daniel Braatz has a wealth of experience in the Mexican public sector, advising on diverse government entity operations, such as the securitization of Infonavit assets, the monetization of assets for the Ministry of Foreign Affairs, infrastructure projects, the privatization of public assets and the structuring of different public-private partnership agreements. He was the external advisor to Infonavit and Hipotecaria Total (HITO), participating in the structuring of their capital market activities and attending explanatory roadshows.

José María holds a B.S. in Economics and Finance from the Instituto Tecnológico Autónomo de México (ITAM) and is a CFA Charterholder.

Jesús González joined VACE Partners as an analyst in 2019 and was later promoted to associate in 2021.

Before joining VACE Partners, Jesus worked as a Business Development Analyst at Enel Green Power, where he acquired extensive knowledge in the development of renewable energy projects and in the electric power industry in Mexico.

Jesús studied Mechanical and Electrical Engineering at the Universidad Iberoamericana in Mexico City where he graduated with honors as the best in his class and received the Academic Excellence award (top 1%) in the National Graduation Exam (EGEL) by the National Center of Evaluation for Higher Education (CENEVAL). Additionally, he holds a diploma in Business Administration from Berkeley-Haas School of Business.

Santiago joined VACE Partners as an analyst in 2020.

Before joining VACE, Santiago worked for more than a year as a Financial Analyst at Grupo Mexgal, a controlling entity of ports and transportation companies in Mexico.

Santiago holds a bachelor’s degree in Economics from the Instituto Tecnológico Autónomo de México (ITAM), with a minor in finance.

Prior to joining VACE, Alejandro worked as a Financial Analyst at Alea Capital, an investment banking and consulting firm based out of Mexico City. At Alea Capital, Alejandro participated in different M&A and debt restructuring transactions for small and mid-size companies in the country.

Andrés joined VACE Partners as an analyst in 2021.

Before joining VACE, he worked as an analyst in the Coverage area of BNP Paribas, a French bank that has been operating in Mexico for over 50 years. While at BNP, Andrés participated in different projects focused on financing and advising large Mexican corporations and financial institutions.

Andrés is currently studying to get his bachelor’s degree in Financial Management at the Instituto Tecnológico Autónomo de Mexico (ITAM). 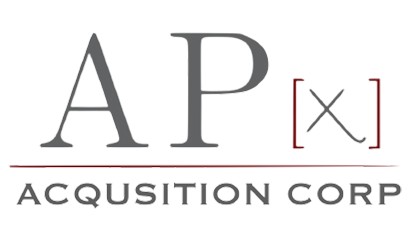